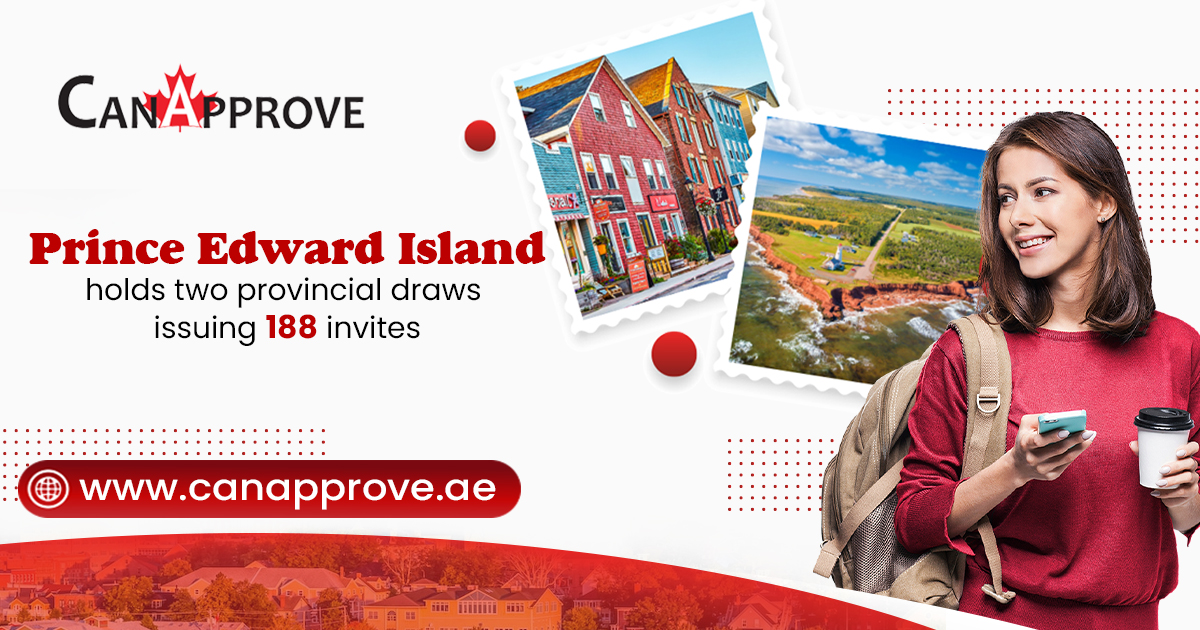 Prince Edward Island held two nomination draws within a gap of two weeks in November. Together, 188 invitations to apply (ITAs) for provincial nominations were issued under either one of the three streams: Express Entry, Labour, and Business streams.

The qualifying threshold for business invitations was reduced to 62 (ten points lower than the previous October month draw) under the unique provincial points grid.

Take this free assessment online to determine your eligibility to get a provincial nomination.

In order to be considered for nominations under PEI PNP provincial draws, candidates must create an Expression Of Interest (EOI) profile with the province.

EOI profiles are given points based on the province’s unique points grid. The highest-scoring candidates are then invited to apply through monthly draws.

If a candidate is already registered in the federal Express Entry pool, they could qualify for provincial nomination under the PEI PNP Express Entry category.

Foreigners like Skilled Workers, Critical Workers, and International Graduates with a valid job offer in PEI, and having support from their employer may qualify under the Labour Impact category.

Further, eligible candidates with a successful provincial nomination can apply to the Immigration, Refugees, and Citizenship Canada (IRCC) for permanent residency.

Prince Edward Island is among the four Atlantic provinces in Canada which is dependent on immigration for their population growth and sustaining the economy. The other three provinces Newfoundland and Labrador, Nova Scotia, and New Brunswick are also making significant efforts to welcome and retain more immigrants.

You can read about other active PNP updates from British Columbia, Ontario, Saskatchewan, Alberta, Manitoba, and Nova Scotia here.

Contact CanApprove to determine your eligibility and get full documentation support for immigration. We provide free counseling sessions to help you choose the best immigration program matching your work profile.