Canada is accepting immigrants amid the extension of travel restrictions 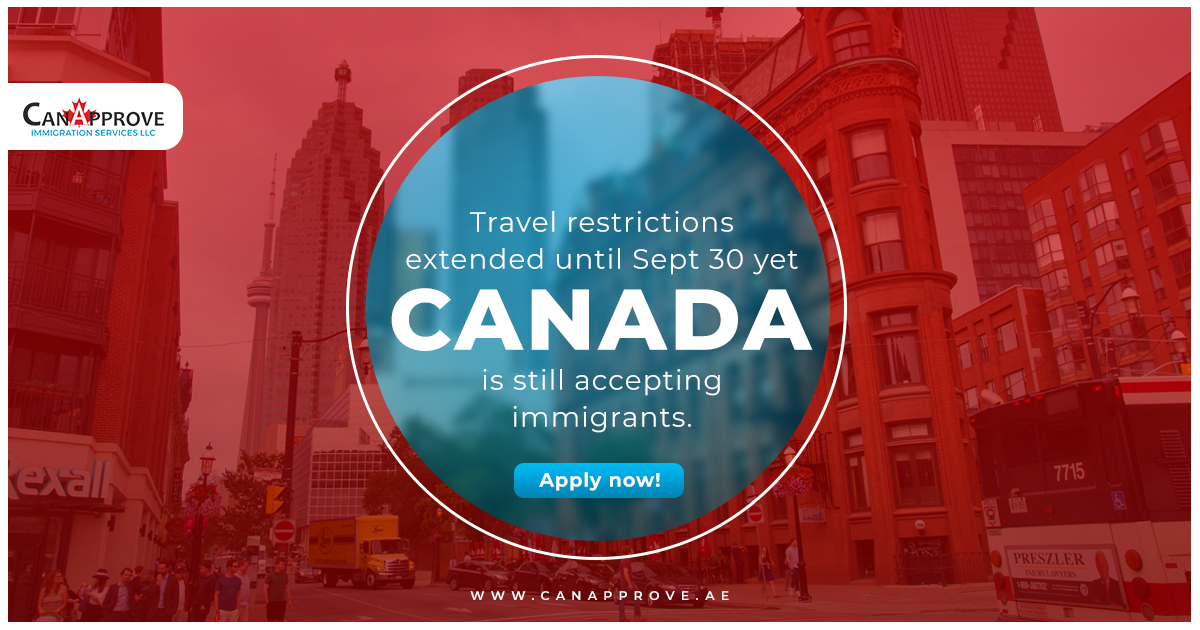 The ongoing travel restrictions on incoming foreign travellers and mandatory quarantine requirements on the exempted category have been extended for another 30 days. It was announced in the view of slowing down the spread of coronavirus infection and averting a threat to public health.

Extending it until September 30, this is Canada’s third extension of the travel ban that was originally put in place from March 18 to June 30. The exempted category are allowed to travel to Canada but such individuals are required to observe a mandatory self-isolation period of 14 days.

According to Immigration, Refugees and Citizenship Canada (IRCC), the exempted category includes:

Interest in moving to Canada increases amid pandemic

Canada continues to innovate and attract foreign talent in order to support the labour market and aid in economic recovery. In a recently held survey by the World Education Service (WES), many respondents prefer moving to Canada even in the ongoing pandemic. Many believe that Canadian economy is facing lesser impact than in their home countries. They are more likely to get better career opportunities and avail many social benefits in Canada.

It is also pleasing to note that there is a general positive outlook toward immigration among the successive federal governments as well as the Canadian public. The upcoming Canada Immigration Levels plan 2021-2024 will also try to address the growing aspirations among foriegn skilled workers to move to Canada.

Canada remained active even during the travel restrictions by accepting, processing, inviting immigration candidates to take the next steps towards permanent residence. For instance, Express Entry pathway has issued an increased number of Invitations to Apply (ITAs) for Canada PRs to foreign skilled workers in 2020 alone.

IRCC held regular nomination draws even during the ongoing restrictions. In the month of August alone, four Express Entry draws were held. Candidates qualifying from every federal program like the Federal Skilled Worker Program, the Federal Skilled Trades Program, and the Canadian Experience Class were invited to apply for permanent residence.

To check your available options for immigration to Canada, fill-in this free online assessment and validate your eligibility.

CanApprove pioneers in immigration and overseas education consulting services since 1998. You can improve your immigration prospectus by scheduling a call-back from our expert consultants. Click here.