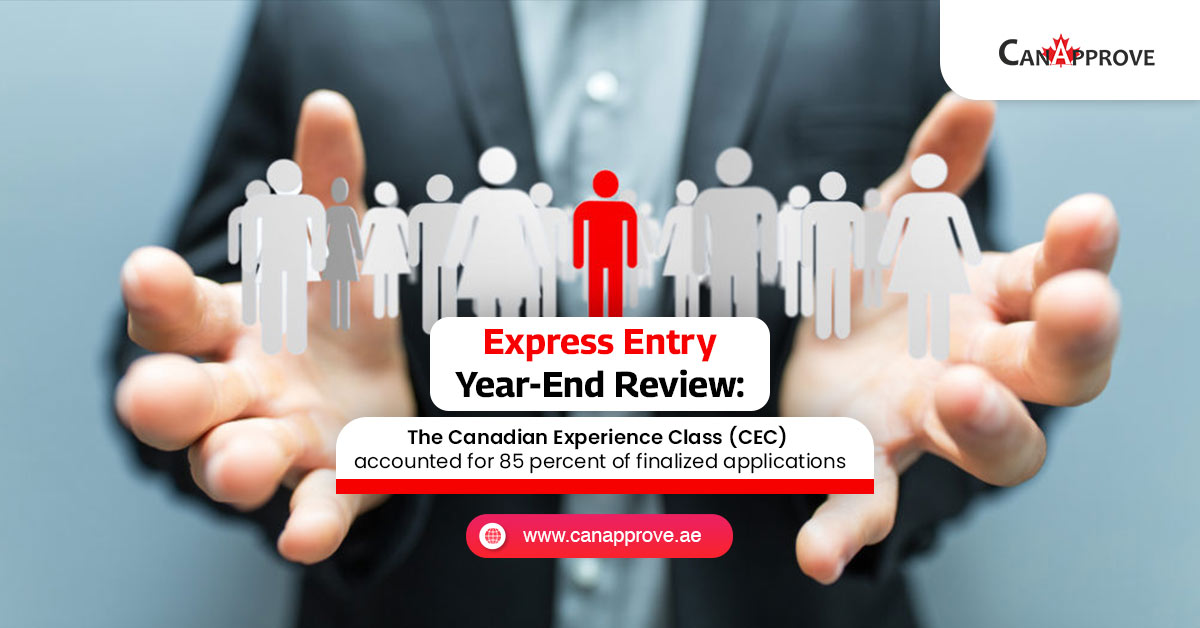 Another successful year for Canadian Immigration is about to end.

The year 2021 will be recorded as the historic year for Canada Immigration as the world remained still skeptical about the free movement of human capital.

As governments plot a path back to economic recovery, developed nations from Canada to Australia are trying to determine how to better regulate immigration.

Border closures that still continue in Australia have made it from filling its land with immigrants to asking a million of them to leave during the pandemic. Their immigration policy is signaling a tilt towards welcoming more temporary skilled workers to meet their immediate economic demand. The promise of awarding permanent residency is quickly receding and many have been caught in a policy shift that saw the intake of skilled independent workers drastically reduced. Smaller countries like Singapore, UAE have their tiered visa systems to focus more on temporary migrants.

But in contrast with Australia, Canada persuaded tens of thousands of temporary foreign workers to continue assisting local businesses, farms, and long-term care facilities by making it easier for them to get permanent resident status. Furthermore, Canada plans to increase immigration once the pandemic recedes.

In light of this, we thought it would be nice to discuss the new data realized by Immigration, Refugees, and Citizenship Canada (IRCC) that gives valuable insights into the number of permanent residence applications submitted and approved under Express Entry in 2021.

IRCC data which was first reported and analyzed by CIC News shows that the CEC candidates accounted for nearly 85 percent of all finalized Express Entry applications this year.

In absolute figures, IRCC issued COPRs to 108,860 CEC applicants in the first 10 months. Some 12,514 COPRs were issued to PNP candidates (about 10 percent of all COPRs issued to Express Entry candidates in 2021)

While FSWP candidates only accounted for 6,795 COPRs this year (only 5 percent). It is about 9 times less than what it was prior to the pandemic.

Express Entry is the major pathway for awarding economic class skilled immigrants to apply for permanent residency even without a job offer or prior work experience in Canada.

Upon approval of the application, a candidate receives a Confirmation of Permanent Residence (COPR). The landing process can entail a COPR holder that was residing in Canada as a temporary resident converting their legal status to permanent residence. It can also entail an individual arriving from abroad with their COPR to become a permanent resident.

IRCC only invited Canadian Experience Class (CEC) and Provincial Nominee Program (PNP) candidates under Express Entry this year. Canada’s decision to invite only existing temporary residents for Canada PR is justified based on the following factors:

This is a major departure from precedent since the Federal Skilled Worker Program (FSWP) accounted for nearly 45 percent of successful Express Entry candidates before the pandemic. FSWP candidates are those who may directly become eligible for Canadian Permanent Residency without a prior job offer or work experience.

Earlier in February 2021, IRCC sprung a surprise draw inviting 27,332 CEC candidates to apply for permanent residence. The qualifying score fell down to just 75. This draw was almost six times larger than the previous record, and the cut-off score was nearly 400 points lower than what it usually was prior to the pandemic.

With a backlog of over 1.8 million permanent and temporary residence applications, IRCC is most likely to resume FSWP invitations after clearing backlogs. However, only under 100,000 backlogs are under Express Entry applications as of October 27.

Assuming IRCC maintains its current pace, it will have processed all of the 48,000 CEC applications remaining by January 2022. The department has indicated it would like to cut its Express Entry inventory by more than half before considering resuming invitations to CEC and FSWP candidates.

We are also looking forward to unveiling Canada’s Immigration Levels Plan 2022-2024 by February 10th. The prospects of Canadian Immigration are only to be bright in 2022.

Book your free consultation today and explore immigration options based on your academic & work profile.