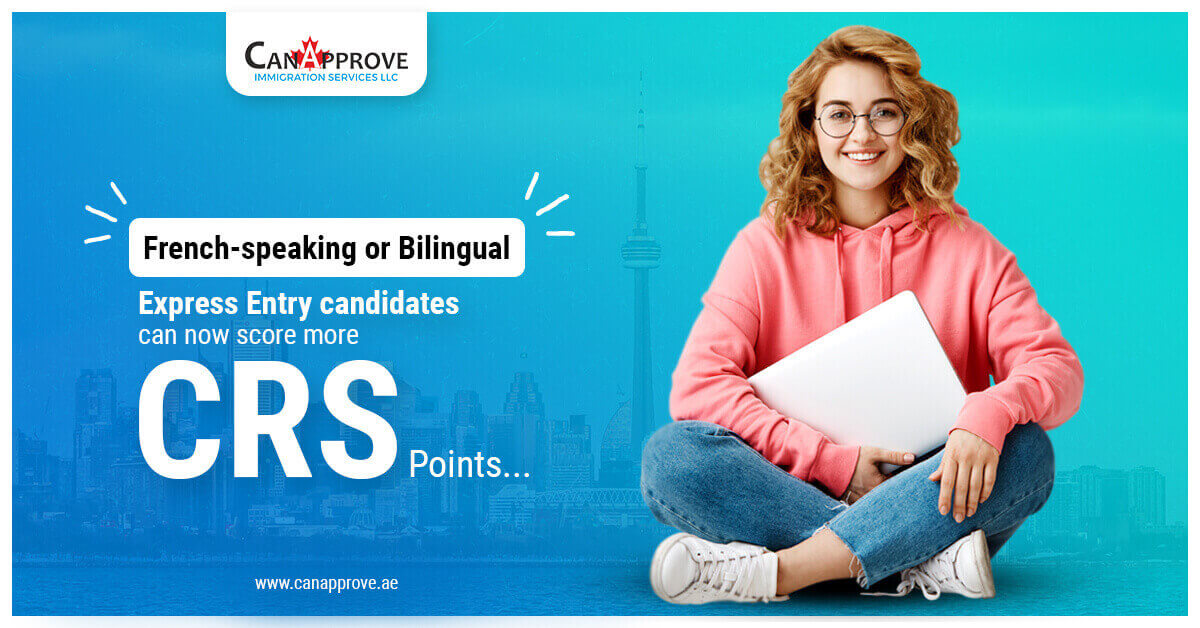 The move is in line with Canada’s aim to increase francophone, or french-speaking population outside the Quebec region. The country looks upto 4.4% of French-speaking immigrants outside of Quebec by 2023.

In a bid to attract more Express Entry registrations, the government announced additional incentives to candidates with French-speaking or bilingual proficiency.

Now any foreign skilled worker even without prior work experience in Canada and having a good proficiency in French can apply for permanent residence through the Express Entry system. The benefit for such candidates is that they receive an additional 25 points for their language skills in French. The maximum that they got until now is 15 points.

Bilingual candidates, i.e. proficiency in both English and French, may now fetch upto 50 points, up from 30 points before.

Later, the Canadian minister for immigration Mendicino took to social media exclaiming his government’s vision for economic growth and long-term prosperity through immigration.

Take this free online assessment to determine your eligibility for Express Entry or any other immigration program in Canada.

The Immigration, Refugees, and Citizenship Canada (IRCC) recently held its 165th Express Entry nomination draws and it seems like Canada will surpass the 100,000 milestone in issuing Invitations to Apply (ITAs) for permanent residence in 2020.

Soon after the travel ban was imposed from March 18, it was expected that Express Entry draws would stop and may not achieve its annual target of 91,800 ITAs. But as a matter of fact, the exact opposite happened. IRCC innovated with specific-draws under CEC and PNP categories.

Experts are pointing out various reasons for the high number of Express Entry ITAs for Canada PR in 2020. Some are:

Coming good on the Comprehensive Ranking System (CRS) score will enable them to obtain a permanent residence in Canada. A CRS score is mainly based on age, education, work experience and language proficiency in English or French and scored out of 1,200 points.

Book an appointment with our consultant to improve your CRS score or plan out your immigration in detail.