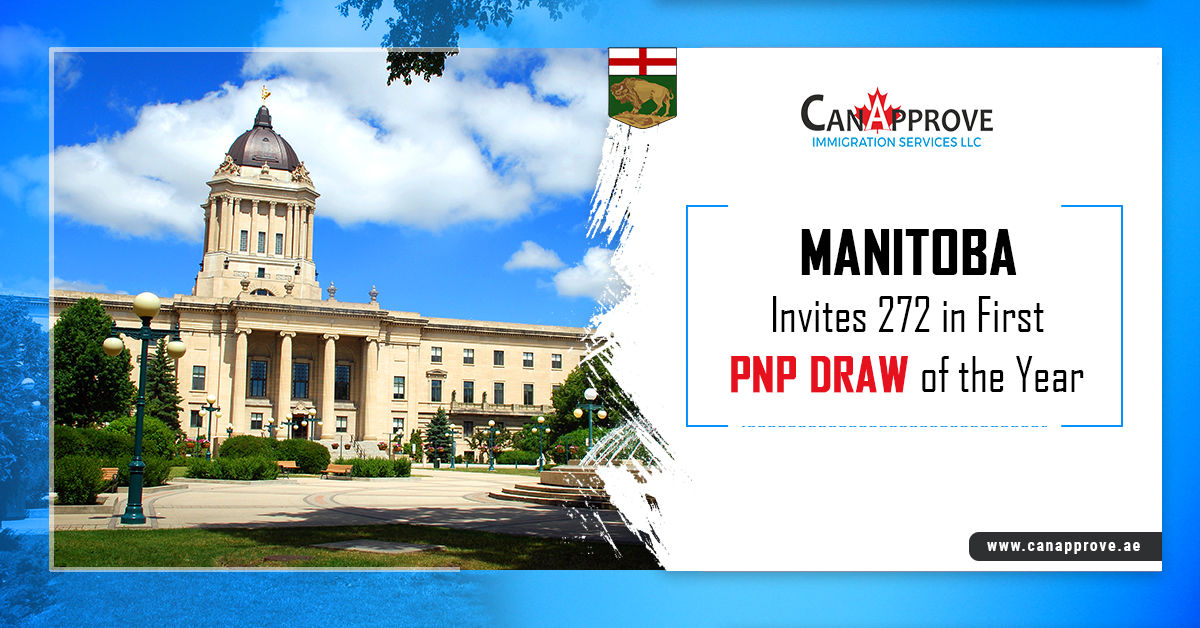 Manitoba held its first nomination draw of 2021 on January 14th, issuing 272 invitations to eligible candidates to apply for provincial nominations. All invitations went to skilled workers and international graduates under the ‘enhanced’ Express Entry stream & ‘base’ streams such as Skilled Workers in Manitoba, International Education Stream, and Skilled Workers Overseas.

Interesting Read>> How To Qualify For Canada PR Under Canada PNP?

All the invited Express Entry candidates had a registered Express Entry profile in the federal pool, a job seeker validation code, and work experience in an occupation featured in the In-demand Occupations list of Manitoba.

The candidates who are nominated by Manitoba will get 600 additional CRS score points. This will effectively guarantee them an invitation to apply for a permanent residence in a subsequent Express Entry draw.

‘Base’ Occupations In-Demand Stream: 236 candidates qualified for Skilled Workers in Manitoba stream and having with a minimum provincial score of 461 received invitations. Another 7 candidates were invited under Skilled Workers Overseas having a minimum score of 722. The remaining 29 invitations went to the International Education stream and had no EoI score requirements.

Any foreign skilled worker may be eligible for a provincial nomination from Manitoba and can apply from outside Canada. All they will need is to:

Furthermore, the Skilled Workers in Manitoba candidates must have a full-time permanent job offer from a Manitoba employer. International students who have graduated from the higher education institutions of Manitoba will stand eligible to receive an invitation for provincial nomination if they possess the in-demand skills as listed by the province.

Further, Manitoba is looking to promote immigration to the province by setting up a new department that will keep immigration as the base for implementing the COVID-19 recovery plan. Through the new department, MPNP aims to align the higher education institutions of the province with the labor market needs. It will ensure job opportunities for new immigrants.

Take this free assessment online or contact our consultants directly to determine your eligibility.