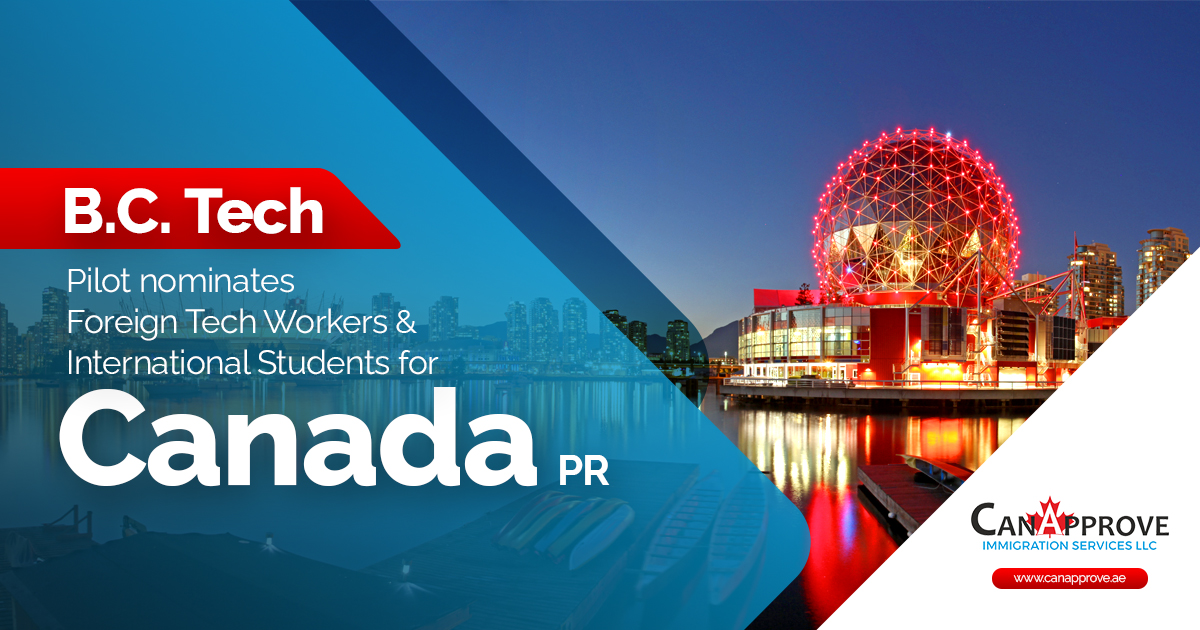 The Canadian province of British Columbia invited 67 foreign skilled workers and international students to apply for a provincial nomination. All invitations were issued under the Tech Pilot program and can be used to obtain permanent residence in near future.

After receiving a provincial nomination under EEBC, an additional 600 points are added to the overall Comprehensive Ranking System (CRS) score. This will effectively guarantee an invitation to apply for permanent residence in the subsequent draw.

Likewise, the applications for permanent residence of candidates invited under the Skills Immigration categories are processed directly by Immigration, Refugees, and Citizenship Canada (IRCC) once a provincial nomination is issued by British Columbia.

Any candidates willing to apply under such immigration streams must register under the province’s Skills Immigration Registration System (SIRS).

SIRS is an online portal for BC PNP and maintains a record of interested candidates for immigration into the province.

Applicants registered under SIRS are evaluated and issued a score based on human capital factors. These may include the level of education, work experience, proficiency in English, and location of employment.

September 8 draw required all the selected candidates in all the subcategories to have a minimum provincial score of 80.

How to qualify for the B.C. Tech Pilot program?

In order to popularize and quicken the immigration of in-demand tech workers and international students in the province, British Columbia runs a Tech Pilot immigration program. The pilot has a basic mandatory requirement of a job offer that is at least one year (365 days) in duration and must be within the 29 in-demand occupations.

Some of the popular choice of occupations under the Tech pilot includes:

The processing time for applications under most BC PNP streams is 2-3 months and it will be only shorter for Tech pilot program. With weekly invitations and active BC PNP, now is the best time to apply for Canada immigration.

If you are interested to know more about Canada Immigration, contact our consultants or fill-in this free online assessment and know your eligibility.