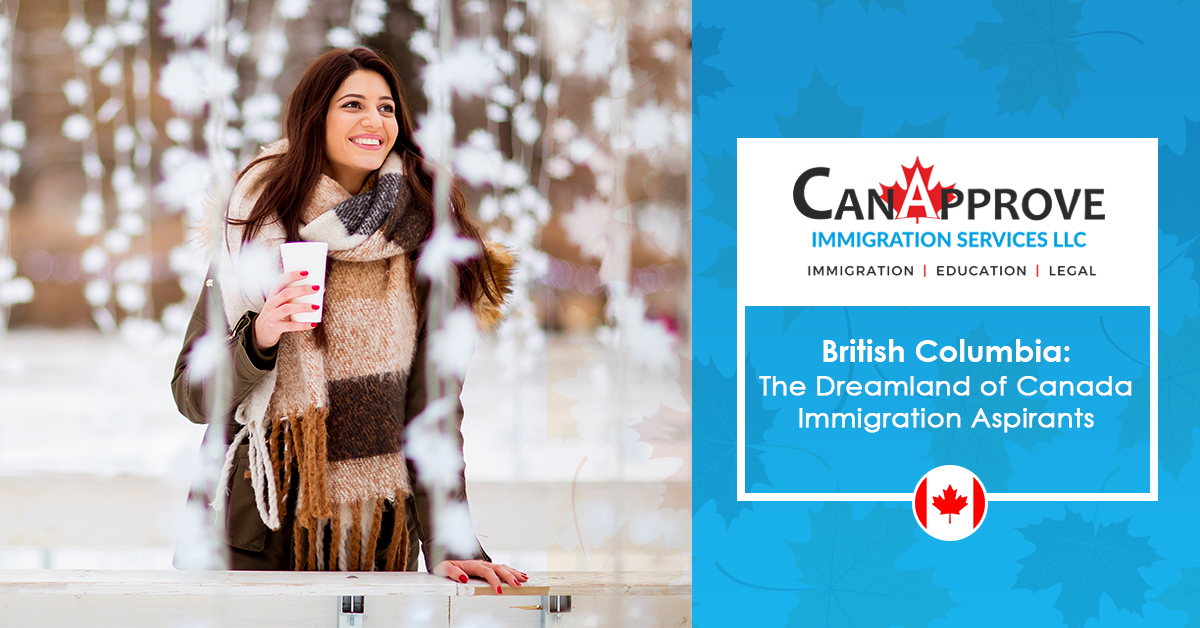 The province of British Columbia, located in the western-most part of Canada, is known worldwide for its rich natural beauty. The beautiful beaches, mountains and vast expanses of wilderness make the province the favorite destination of travellers. But when it comes to Canada immigration aspirants, the multiculturalism prevailing in the province and high living standards are the factors make British Columbia an ideal place to settle down. One-third of the total population of British Columbia comprises those migrated from different parts of the world. Victoria is the capital of the province and Vancouver is the most populous city.

British Columbia, by any parameter, is the best place to work, study and live. The province has a strong and diversified economy and offers numerous career opportunities to its residents.

Now let’s look into the major factors that make British Columbia a favorite place for immigrants.

Canada is one of the countries in the world with the highest standards of living. It is the high living standards itself that make British Columbia a favorite place for immigrants.

High wages and other benefits:

The workers in British Columbia earn comparatively higher salaries. Employers also offer various healthcare and other benefits to the employees. However, the salary of a person will depend on their job, educational qualifications and work experience.

British Columbia is a place where persons coming from diverse cultural backgrounds live together. The province has students, visitors and permanent residents from different parts of the world living here. That makes British Columbia a place of cultural diversity.

British Columbia has many job opportunities in different industrial sectors.

The crime rate is very low in British Columbia and laws are also very strong. This makes the province a good place to work and live safely.

It is estimated that around 903,000 new jobs will be created in British Columbia in the next 20 years. Of these, around 77% of jobs would require education qualification above the secondary level. British Columbia is promoting the migration of skilled workers as their contributions are necessary for the economic development of the province.

The major pathways for moving to British Columbia permanently are as follows:

The pathway is for those workers skilled in the occupations that are in high demand in British Columbia. This is a system that selects eligible candidates on the basis of a points system and invites them to apply for a provincial nomination for permanent residence in Canada. The application and registration processes are completely online.

Express Entry BC helps eligible skilled workers to move to British Columbia on a fast-track manner. To be eligible under this pathway, the candidates must have to prove themselves eligible for one of the federal economic immigration programs as well. The eligibility of the candidate is decided on the basis of a points system. Though work experience in British Columbia is not necessary, the required level of work experience is mandatory for candidates. They must also meet the eligibility requirements in relation to education and language.

The British Columbia Tech Pilot program is an immigration pathway that aims to make available the skills of foreign workers for the initiatives in the tech sector of the province. To be eligible, the candidate must have received a job offer from a British Columbia employer in one of the 29 eligible occupations under the program. The job offer must have a duration of at least one year and the Express Entry profile of the candidate must be valid for at least 120 more days at the time of submitting the application.


One of the leading Migration services around the globe