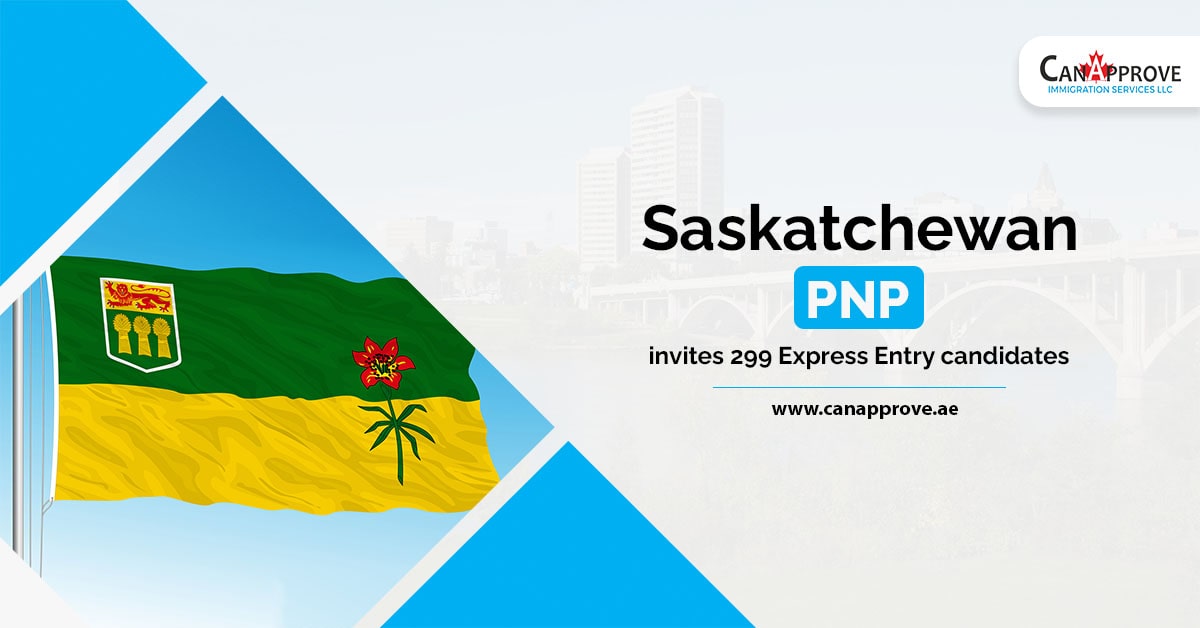 All the 299 invited candidates were nominated from the federal Express Entry pool. Such candidates are evaluated based on their age, education qualification, work experience, language proficiency.

February 25 SINP draw used its ‘enhanced’ stream – Express Entry sub category to select eligible candidates. Candidates needed an Expression of Interest (EOI) score of at least 70 in order to be invited. They also needed work experience in one of the in-demand occupations listed on the government webpage.

Such invited candidates included medical administrative assistants, retail and wholesale buyers, and geological engineers among others.

Interesting Read>> How To Qualify For Canada PR Under Canada PNP?

In order to be considered for nominations under the upcoming Saskatchewan Immigration Nominee Program (SINP) draws, candidates must register their Expression of Interest (EOI) profile with the provincial authority.

Candidates need to demonstrate their commitment to meaningfully settle in Saskatchewan by demonstrating their work experience, education, language ability, age, and connections to the province.

Saskatchewan gives candidates a score out of 100 according to the International Skilled Worker Points Assessment Grid. The province favors candidates with bilingual capability in both English and French. The highest-scoring candidates are then issued an invitation to apply for a provincial nomination from Saskatchewan.

Saskatchewan started giving more EOI points to people who are proficient in both English and French.

Regardless of the provincial category, all invited candidates need an EOI score of at least 70 in order to be invited in the February 25 draw. It is also to be noted that the points requirement is that all the invited candidates must have valid Educational Credential Assessments.

On successfully receiving an invitation to apply (ITA) for a provincial nomination, candidates are awarded an additional 600 points toward their Comprehensive Ranking System (CRS) score. It will effectively guarantee an ITA for Canada PR in the subsequent Express Entry draw conducted by IRCC.

Take the first step towards securing Canada PR by booking a free consultation session with us!