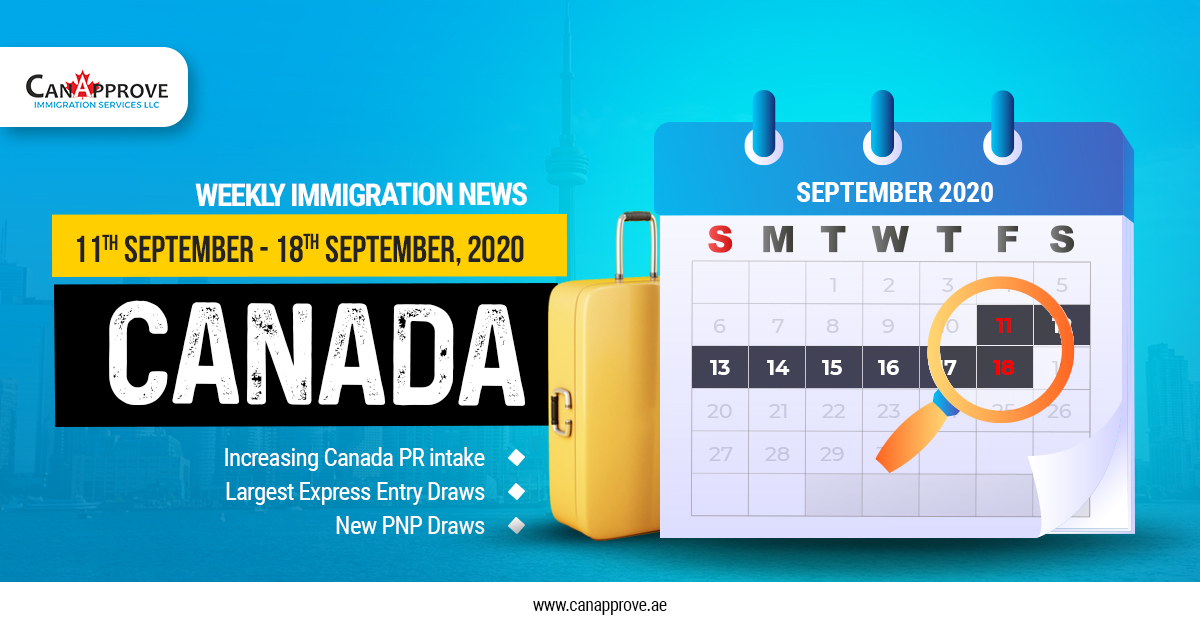 Immigration, Refugees, and Citizenship Canada (IRCC) held its second all-program Express Entry in the month of September alone. Such nomination draws allow foreign skilled workers, with or without a job offer, to apply for permanent residence in Canada.

The September 16 draw had an increasing draw size of 4200 invitations to apply (ITAs) for permanent residence and a decreasing Comprehensive Ranking System (CRS) qualifying requirement of 472.

It meant that registered profiles in the Express Entry pool which were assessed on their age, education, work experience, language proficiency in English or French, etc. and scored above the minimum cut-off were eligible for the September 16 draw.

Canadian provinces of British Columbia and Saskatchewan remained active in nominating immigrants to apply for permanent residence during the week.

Saskatchewan opened up its International Skilled Worker category to nominate 621 candidates under the Express Entry and Occupations In-demand stream. Among the invited were candidates with occupations like Software Engineers and Designer  (NOC 2173), Computer Programming and Interactive Media Developers (NOC 2174), Web Designers and Developers (NOC 2175).

British Columbia held back-to-back Tech pilot draws followed by Skills Immigration and Express Entry draws. With these, the province had already surpassed the 6000 nominations in 2020.

Canada remains committed to strengthening its immigration system to overcome the ill-effects of pandemic. Even a recent study from Statistics Canada suggests that immigrants contribute significantly to Canadian firms.

The regular conduct of Express Entry draws and Provincial Nominee draws displayed a strong intent to allow immigration even during the travel restriction. Special rules soon came into force for the new academic session to ease the impact of travel restrictions on the admissions of International Students.

Take this free online assessment to check your eligibility.

Canada is known to have admitted 13, 645 immigrants in the month of July. Although Canada welcomes even more numbers of new immigrants each month, the immigration levels may see a decline this year due to the pandemic.

Since the imposition of travel restrictions in March, the month of June welcomed the highest number of permanent residents. Whereas in May and April put together saw an intake of only 15,000 new Canada PRs.

However, the authorities are committed to maintain a higher intake next year which will be reflected in the upcoming immigration plans 2021-2023.

If you are waiting to apply for immigration to Canada, now is a good time to begin planning. Get in touch with CanApprove to know your eligible immigration options.

PrevPreviousSaskatchewan held its largest PNP Draw with 621 invitations since February 2020
NextP.E.I. invites 345 Economic Immigrants to apply for a Provincial NominationNext