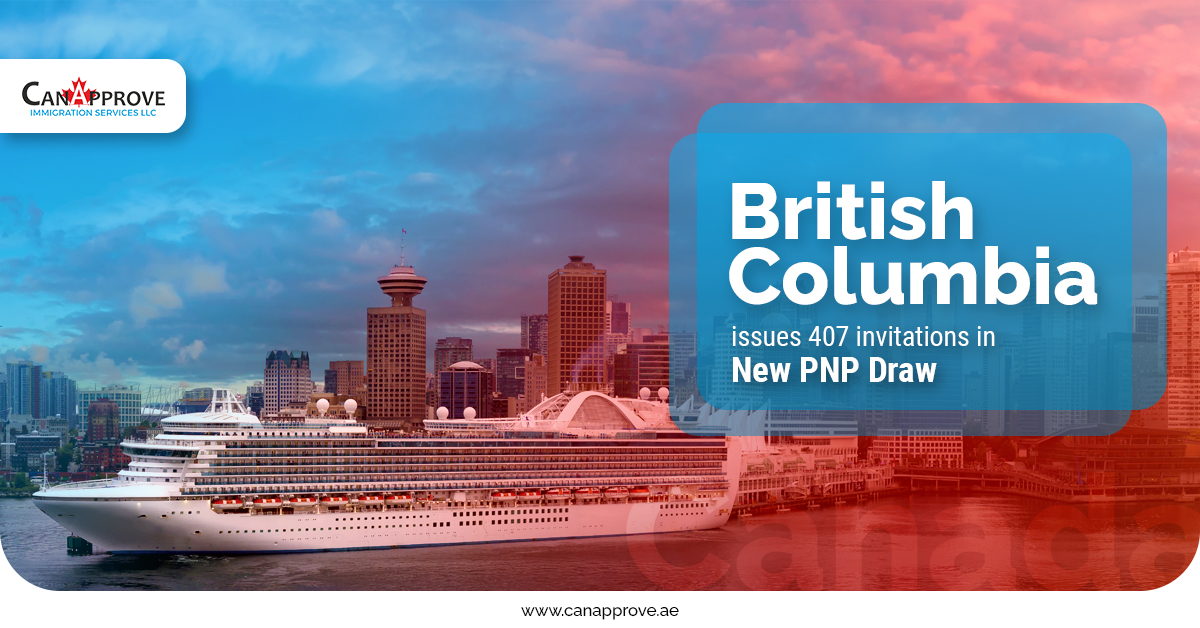 British Columbia (B.C.) has had a significant role to play in welcoming and retaining a steady in-flow of economic-class immigrants in Canada.

British Columbia is recognized globally as a land of opportunity for foreign skilled workers, international students & business entrepreneurs. Most of them plan their immigration for better career opportunities, a higher standard of living, as well as obtain permanent residence that may eventually end up in Citizenship.

The September 15 PNP draw issued a total of 407 immigration candidates to apply for a provincial nomination. Eventually, such candidates along with their dependent family members can apply to Immigration, Refugees, and Citizenship Canada (IRCC) for permanent residence.

September 15 PNP draws invited candidates from the Skills Immigration (SI) and Express Entry BC (EEBC) streams. These are employer-driven immigration streams to help businesses or employers in British Columbia attract and retain international workers and students.

The BC PNP categories are managed under the province’s Skills Immigration Registration System (SIRS). All the eligible candidates are required to have a job offer from an employer in BC.

Firstly, candidates are required to register an account under the SIRS. Later, these profiles are assigned a score based on factors like education, work experience, and language proficiency.

The minimum scores for this draw ranged between 75 and 95 points.

The current state of BC PNP

BC PNP had already crossed the 6000 mark for the total number of nominations in 2020. It is also one of the only few provinces after Ontario, Saskatchewan, Manitoba to have issued more provincial nominations for Canada PR in a year.

Apart from usual programs, British Columbia Tech Pilot is seen as a game-changer since its launch last year. Candidates with no permanent, full-time job offer but having work experience in one of the 29 in-demand Tech occupations in the province are invited.

Take this free online assessment to check your eligibility for various BC PNP streams. Get in touch with CanApprove for more such updates.

PrevPreviousIRCC issued over 70,000 ITAs for Canada PR in 2020 with September 16 Express Entry draw
NextSaskatchewan held its largest PNP Draw with 621 invitations since February 2020Next