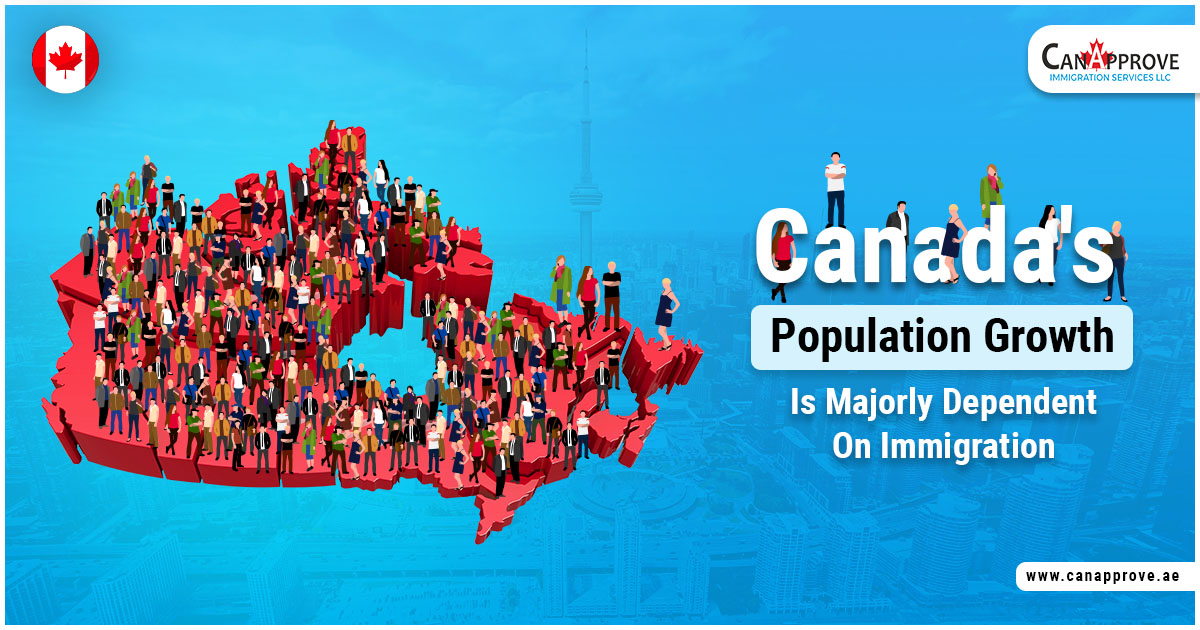 Canada welcomed a total of 40,069 new immigrants in the third quarter of 2020. The intake in Q3 is more than the second quarter where only 34,271 immigrants were welcomed.

Despite all these, Canada’s population growth rate stood still in the Q3 of 2020. The country saw a negative net international migration on the account of the pandemic since March 2020. This meant more people left Canada than those who moved to Canada.

However, the slow growth means that Canada will depend on immigration, now more than ever, for its post-pandemic economic recovery.

Read more on Why Migrants From Middle East Choose Canada?

The COVID-19 pandemic and the slow population rate merely magnified the need for increased immigration.

Recent measures are taken by the federal government to boost immigration in the upcoming decade:

Know more on>> How to qualify for Canada PR under Express Entry System?

Also, read>> 3-Step immigration for entrepreneurs to grow their business in Canada

Know more on>> How to qualify for PR under Canada PNP?

Apart from the government initiatives, public confidence in welcoming more immigrants to Canada has increased and is now at an all-time high.

Canada may have recorded the slowest growth rate since 1946, but the COVID-19 pandemic and slow population growth has merely magnified the need for increased immigration. There are plenty of opportunities for skilled workers, international students to work & settle in Canada. The provinces are equally attracting business entrepreneurs to invest in the economy and settle permanently in the country.

Get your profile verified with an experienced and licensed consultant like CanApprove. Talk to our senior consultants about your prospects of immigration to Canada in 2021.

Make your virtual appointment with us today!

PrevPreviousTravelers To Canada Now Required To Obtain A Negative COVID-19 Test Report
NextCanada Immigration In 2021: Will It Be Any Better?Next